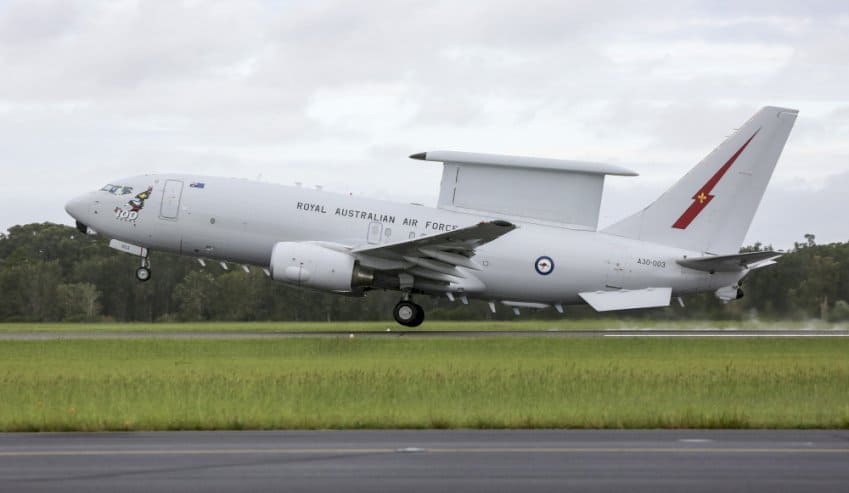 Australian owned and operated Nova Group celebrates 20 years in business this year. The company has grown from the original two founding partners to 600 employees and services customers such as the Australian Defence Force, the UK Ministry of Defence, Royal Norwegian Air Force and the Republic of Singapore Air Force.

Founded in 2000, Nova Group specialises in the provision of technology-enabled solutions and world-class expertise, to solve problems within defence and aerospace, government and critical infrastructure industries.

Headquartered in South Australia, co-founders Jim Whalley and Peter Nikoloff have expanded the focus of Nova from the early days of offering flight-testing services to a global company solving complex engineering problems across a range of sectors including defence, space, geospatial, transport, energy and resources.

“With a solid foundation in the defence markets in Australia and the UK, and a footprint in space, transport and energy, I am very proud to be exporting Australian capability and know-how to the world and look forward [to] positioning for our next phase of growth,” said Whalley.

“I truly believe it’s the scientists, mathematicians and engineers of the world that will be instrumental in solving the really complex challenges nations and governments are facing like national security, climate change and urbanisation.

“Pete and I are really proud to have created and be a part of a company that takes on those challenges and provides smart people to clients who continue to have a positive impact across the world.”

The group projects over $200 million in 2019-20 revenue and has a strong, entrepreneurial culture reflecting the innovation and creativity of thought, which started with Whalley and Nikoloff’s original vision in 2000.

Solving complex challenges within the defence sector remains a key focus for the firm within Australia, with its recent award as one of four industry leads in the major service provider (MSP) consortium, providing large integrated support contracts to Defence over the next 10 years.

Having pursued a strategy to diversify and globalise, Nova Group has invested more than $20 million on eight acquisitions across the globe and cemented a footprint across multiple geographies including the UK, Europe, south-east Asia and New Zealand.

Long-term Nova employee and chief executive Greg Hume commented on the company’s passion and commitment to its people.

“What has impressed me throughout my 17 years at Nova, has been the incredibly smart and dedicated people that make it fun to come to work, which is why we have consistently been recognised as one of the ‘Top 50 best places to work’,” said Hume.

“The other differentiator that really sets us apart in the market, is Nova’s continued commitment and investment in its people – to foster a culture of continual learning in every single Nova employee and embed an entrepreneurial spirit which forms such an integral part of Nova’s foundation.”

Nova Group has received multiple listings among the Business Review Weekly’s Great Places to Work and The Australian Financial Review Boss’ Most Innovative Company, competing against industry giants such as Deliotte and Accenture.

Some of the major current projects Nova is working on include the work within the AWD and Wedgetail E-7A programs.

Nova has also provided test and evaluation services in support of the Wedgetail E-7A since January 2011. This has included the capability assessment necessary to support both IOC and FOC declarations, and ongoing capability upgrades.