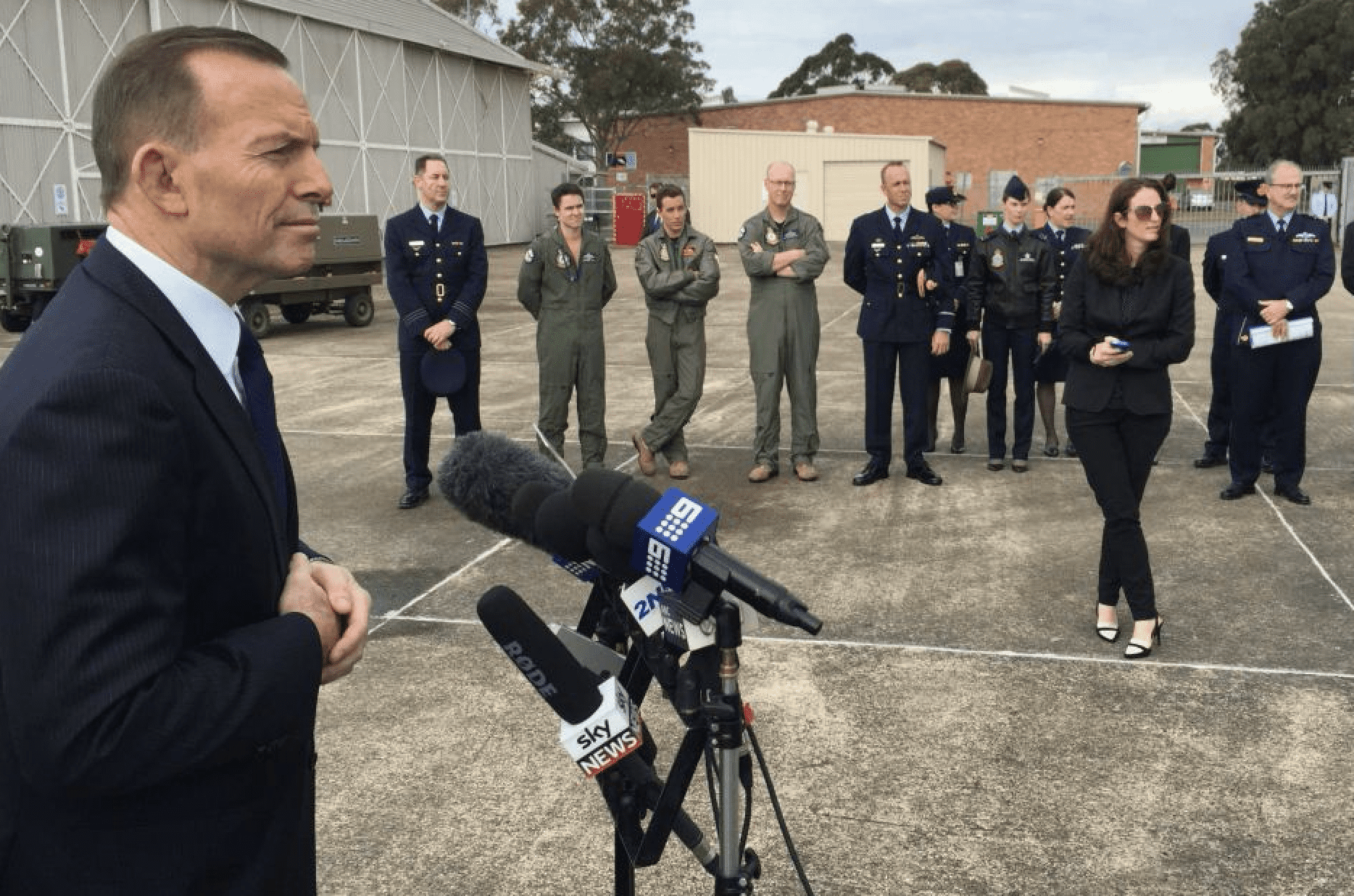 Mr Abbott’s first stop in the Hunter was Williamtown’s RAAF base, to formally announce more than $250 million for an upgrade of the facility.

The base is home to more than half of Australia’s fighter aircraft as well as the Wedgetail Airborne, Early Warning and Control Fleet aircraft.

It requires major upgrade work ahead of the arrival of dozens of new Joint Strike Fighter jets.

The project will provide new office accommodation and commercial facilities, while several ageing buildings will be demolished because they do not meet building, safety, environmental or security standards.

Engineering services for electricity, sewerage, telecommunications, fire and water will be upgraded or replaced.

The base entrance will also be rebuilt as part of a major security upgrade.

The project is expected to create more than 250 jobs over the next three years, starting in 2016 and finishing in 2021.

Angry shipbuilders have capitalised on Mr Abbott’s visit, rallying over job cuts at shipbuilding company Forgacs and accusing the Prime Minister of selling out on Australian jobs.

Mr Abbott will later head to Dungog, the community worst affected by devastating storms that hit the Hunter in April, killing four people.

The Prime Minister was overseas at the time of the flooding, making this his first trip to Dungog since the storms.