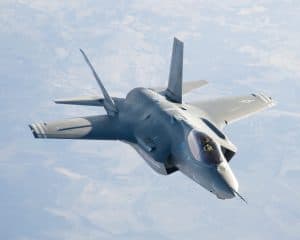 The Hunter and Central Coast Region is defence-oriented with the location of RAAF Williamtown with Air Combat Group and
Surveillance and Response Group (SRG). Other elements include Singleton’s Lone Pine Army Barracks School of Infantry (SOI) and the Special Forces Training Centre (SFTC), Primes (including BAE Systems, Thales, Boeing, Lockheed Martin, Northrop Grumman, Raytheon, Forgacs and Varley). There are also many Defence capable SMES, technically capable people and supporting organisations in the region.

Local industry, community and government are supportive and both understand and enjoy the benefits of Defence in the area. The University of Newcastle, TAFE and schools are based on supporting engineering, commercial, industrial and Defence-focused education and training.

This creates the foundations for an area that readily meets the requirements and ethos for the development and expansion of the Defence industry.

Current Defence Infrastructure
The region’s capacity for developing further defence industry can be initially assessed with respect to:

The magnitude and range of defence force infrastructure and ADF personnel within the Region
The number, scale and breadth of activity within prime contractors to Defence within the Region
The capability of Small to Medium-sized Enterprises (SMEs) to support Defence and Prime contractors
Defence activity within the region has an extensive history of completed defence contracts. The long-term demonstration of past performance and proven success is integral to the region’s capacity to win a greater share of defence expenditure in the future.

Prime contractors
A number of prime contractors are located, and undertake a large proportion of their defence-related work, within the region. The Primes and the major projects for which they have recently been, or are currently responsible for, across the region.  Find out more.

Regional SMEs (defence-related)
There are several SMEs who have completed Defence projects. They either work with or supply the capacity and have been identified to support and apply their capability to the requirements of Defence, directly, or more specifically through prime contractors or subcontractors. There are also other SMEs who have the capability to provide their services to Defence however they require additional Defence skills and knowledge to obtain Defence work. For the development and establishment of a larger defence industry within the region, capabilities need opportunities identified and the ‘Defence’ skilling of SMEs and people. Defence related